11 Reasons for steamy arguments or sweet laughs. Our line up!

If we talk food, one of our favorite themes as you know, the expression “Spain is different” is very accurate because there are some definite Spanish food differences and unique features thet have brought us joy during the years. “Spain is different” is a campaign with different emotional associations and different affectional connotations according to who express the words and who listens. Somewhat a historical tourist slogan shaped by former Franco minister and Galician president Fraga. Today the Spanish tourist board runs the slogan “I need Spain”. True as well.

Spain is unique, diverse and original in many ways and when we talk food it gets real, tasty and delicious! Just think of the Jamón Ibérico , the Wine, Pintxos & Tapas, the Rice dishes, the Stews or something as simple but tasty as Gazpacho or a Tortilla de patata… As a whole, one of the richest variations of food in the world we would dare to say. 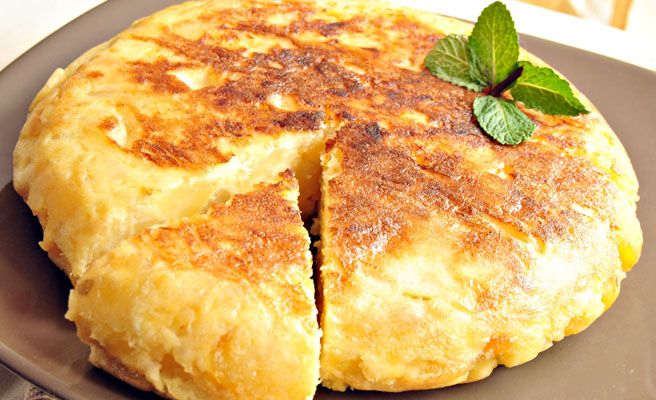 Our line up of 11 Spanish food differences!

Food is a national and uniting matter and in the case of Spain, this takes shape in an incredible pride of what the land and sea give to Spain’s gastronomy. When I was a flight attendant some years ago, one college told me a secret:

During the years, I have learned this goes for any Spaniard. Don´t ever mention Italian prosciutto or culatello. It´s not even the same animal according to Ibérico lovers. Prosciutto is really Jamón Serrano – dry and cured ham but from any pig. It can be great of course but it is not Ibérico. Until recent years the Serrano ham was considered the best ham by foreigners, Ibérico was a new word and serrano was a sort of already established global word for Spanish ham. Ibérico had been a well-kept secret.

On our first tour in 2010, we decided to buy a Paleta (the front leg) of the Ibérico pig for our little group of 16 swedes to go loose on. It even hurt my eyes to find the Swedes carving the ham in big fat slices and laughing loudly. I guess my Spanish blood boiled there for a while and I´m really sorry we don´t have a photo of that part of that cooking session. You would have understood my feelings.

“Why do they have to put sauces on everything? Rare? This is not rare this is medium!”

And when I ever get to eat meat with foreigners in Spain, the discussion goes the other way around:

At home I have also gone some tough rounds defending “A la plancha” versus “Frito”. Grilled or deep oiled fried.

Back to the fish scene:

“What´s with this people? Just some sliced bell peppers with the fish?” 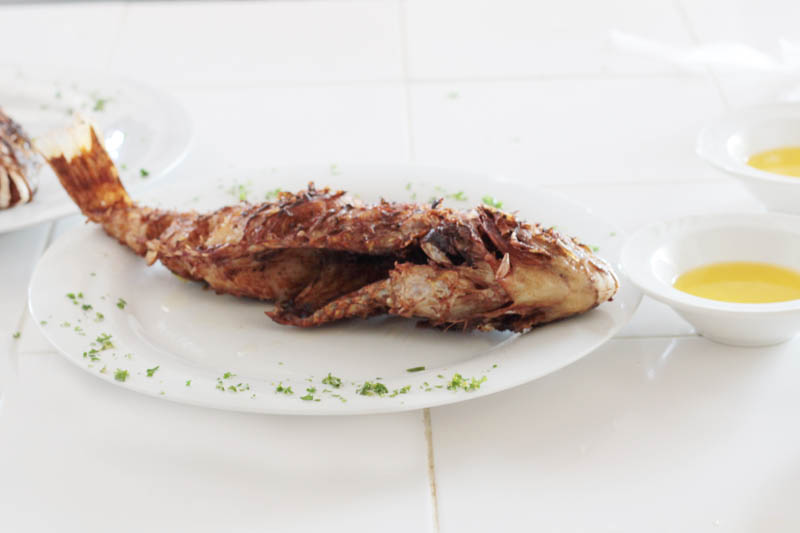 A Spaniard would not even think about eating without bread. It is what the potato is for the Swede. On occasions it is even the substitute for the knife as they will use the bread to sort of push the food on the fork…That is actually good manners!

And talk about good manners. Keep the hands on the table in Spain. Historically speaking it was threatening to sit with the hands under the table. Maybe you were hiding a gun or a sable?

With all the excellent fresh fruit from the Mediterranean or the Ebro Riverside, it´s fun and remarkable to get just a piece of fruit as a dessert. “It´s not even pealed!”. In Cataluña some years ago, one traveler ordered banana for his dessert. Maybe he had imagined it, at least sliced in a little bowl. His face and the following laughs when the waitress came out with a banana, a fork and a knife on a plate is a top ten culinary moment in my guiding career.  But on the other hand my Spanish colleges, shakes their heads when they spot our foreign travelers picking up olives with a little plastic spoon from the olive cans on our appreciated picnics. I guess the beauty is in the difference between us!

Due to the heat in summer this has been a way of coping. Drinking the red Jóvenes cold! Sometimes they even mix it with some Gaseosa (a less sweetened Sprite sort of soda). “Hmm” says the wine enthusiast from abroad while he wrinkles his forehead.

There are several top 10 listings on the web of food from Spain. Check out our selection of links and get hungry.

Buzzfeeds 17 top Spanish dishes you need in your life

Spanish food – a nice recipe blog to give some background information